Exploring the Transition Disk Population with a public facing database

Transition Disks straddle the boundary between protoplanetary and debris disks, comprising unique and often asymmetric features expected to indicate ongoing planet formation. While this classification of circumstellar disk encompasses some of the most scrutinized targets of the past decade, explicit distinctions between this population and the more commonly considered categories vary wildly, and little is known about the population as a whole. The Transition Disk Database is an online web tool intended to help centralize published information on known transition disks for consumption and analysis by the community. In its first iteration we present comprehensive data on 15 objects and NIR magnitudes, positions, and cavity extents for a total population of 30 objects. The web tool includes a searchable and exportable table, as well as multiple sortable galleries of resolved images ranging optical, infrared, and radio wavelengths. Our presentation discusses the intention of the web tool, goals for future analysis of this population, and intended web-feature development. The project is seeking input from other researchers in the field as to the direction and implementation of the tool. Version 1.0 can be found online at: https://tinyurl.com/TDdatab/ 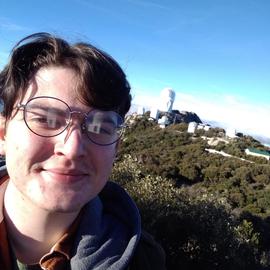 I research the formation and atmospheric composition of giant exoplanets, Brown Dwarfs, and low mass stars using a variety of observational techniques.